LUNGISWA GQUNTA was born in Port Elizabeth (South Africa) in 1990. Lives and works in Cape Town (South Africa). Lungiswa Gqunta completed her undergraduate degree at the Nelson Mandela Metropolitan University in 2012 with a B-Tech Degree in Fine Art Sculpture. In 2014, she moved to Cape Town, where she recently completed her Masters in Fine Art at the University of Cape Town. Her work provides commentary on the tools of segregation and oppression, using familiar and domestic objects which, when combined, become weapons. Bedsheets, beer bottles and matches recreate petrol bombs, pointing to the mobilisation of modes of resistance and agency. Gqunta exhibited her Masters exhibition in February of 2017 at the Michaelis Galleries, Cape Town, titled The Home of Residue. She then went on to exhibit her first commercial solo, titled Qokobe at Whatiftheworld Gallery, (Cape Town: 2017). Her work deals with spatial legacies, specifically the modes of exclusion and oppression within democratic South Africa. ‘Qokobe’ translated from isiXhosa means “empty container”. Gqunta’s colloquial association with this word is the ‘matchbox’ or more directly, the matchbox houses which were provided by the government to people of colour in townships after they had been relocated to informal settlements. Gqunta’s notable group exhibitions include, Site_Specific (Plettenberg Bay, South Africa: 2013), New Monuments at Commune.1 (Cape Town: 2016), ‘Negative Space’ at WhatIfTheWorld (Cape Town: 2016– 2017); Young Now at Hazard Gallery (Maboneng, Johannesburg: 2017). She also exhibits both locally and abroad with the artist collective iQhiya. Comprised of black, female artists, iQhiya (an isiXhosa word for the protective cloth women use on their heads when carrying water) represents the “unshakable power” within the female and the collective. iQhiya was founded in 2016 to engage with ideas of power, gender, and representation through their individual experiences and narratives. The group of women work across the disciplines of performance, installation, photography, sculpture, painting, writing, and video to support and create visibility for the black female voice. 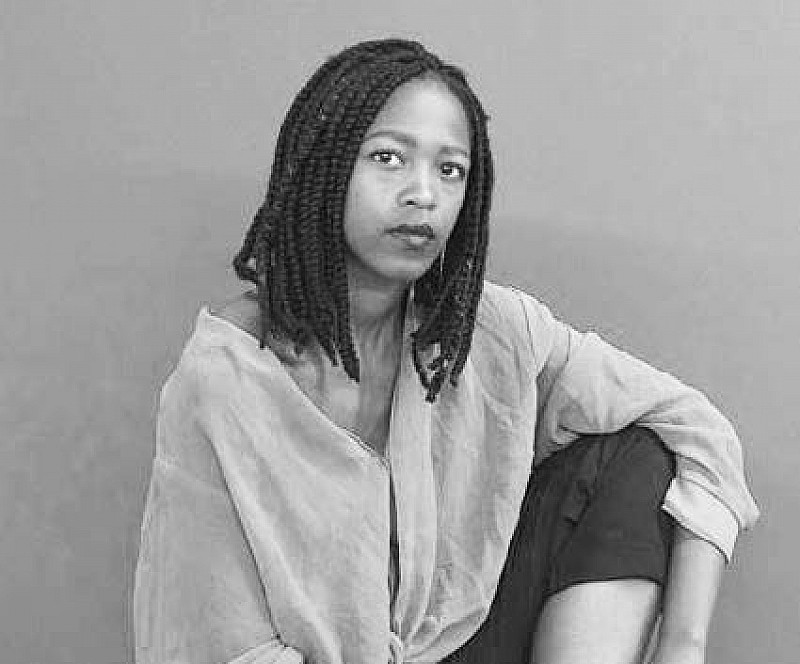