An English teacher by profession, she has been giving her inner-artist the chance to bloom and shine since 2017. ‘The Hills Have Eyes’ is a pop-art-esque series of drawings where she plays with the idea of reverse-objectification; an authoritative and colourful defense of the woman’s body against the world’s gaze. In her new series, With ‘Climax’, she aims to represent the different stages of the sexual response cycle using metal wire, a sculptural approach. Female sexuality has been the central theme in her most recent works. She has been compelled and inspired to explore this particular theme by her experience navigating her own sexuality, ultimately breaking free from the religious and cultural repressions from her own Swahili upbringing. For her, art is about sparking something in the viewer and creating a space for connection/dialogue with the self and with the other. Her series ‘The Hills Have Eyes’ has participated in the Women’s Empowerment Exhibition in Kampala, Uganda in late 2017 and was showcased in an impromptu exhibition in Dakar, Senegal in January 2018. In April 2018 she presented ‘Climax’ in the Indulgence exhibition at the Goethe-Institute in Nairobi, Kenya. These opportunities have boosted her desire to produce more work and participate in more exhibitions across the continent and beyond. Yaye obtained a B.A in Political Science and Philosophy from Seattle University. After becoming disillusioned with politics, she realized that teaching is the most effective way to improve the world. Combining her love for working with youth and travel, she has lived and taught in Spain, South Africa and Uganda. In the future, Yaye wishes to explore themes such as identity and colonization with varying focus on the self and the other. She currently lives in Nairobi, Kenya. 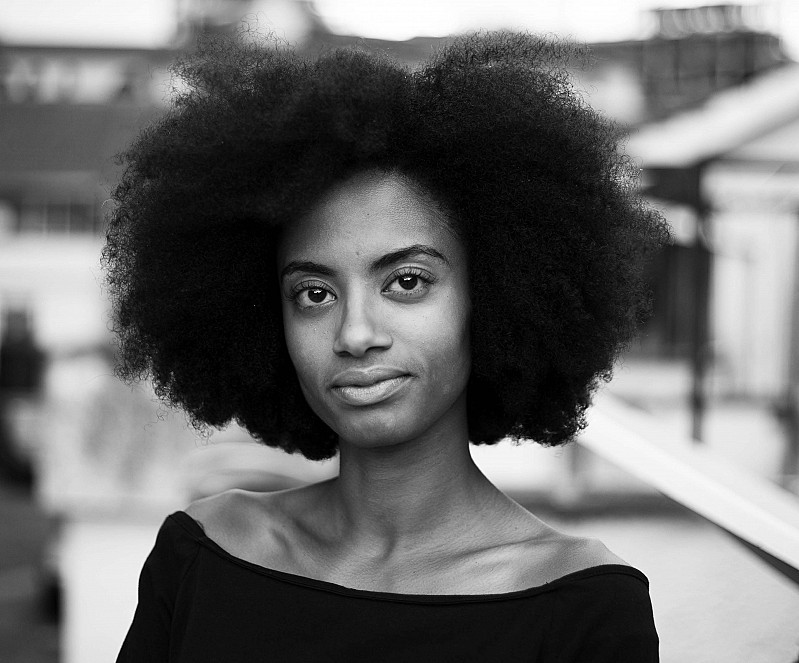