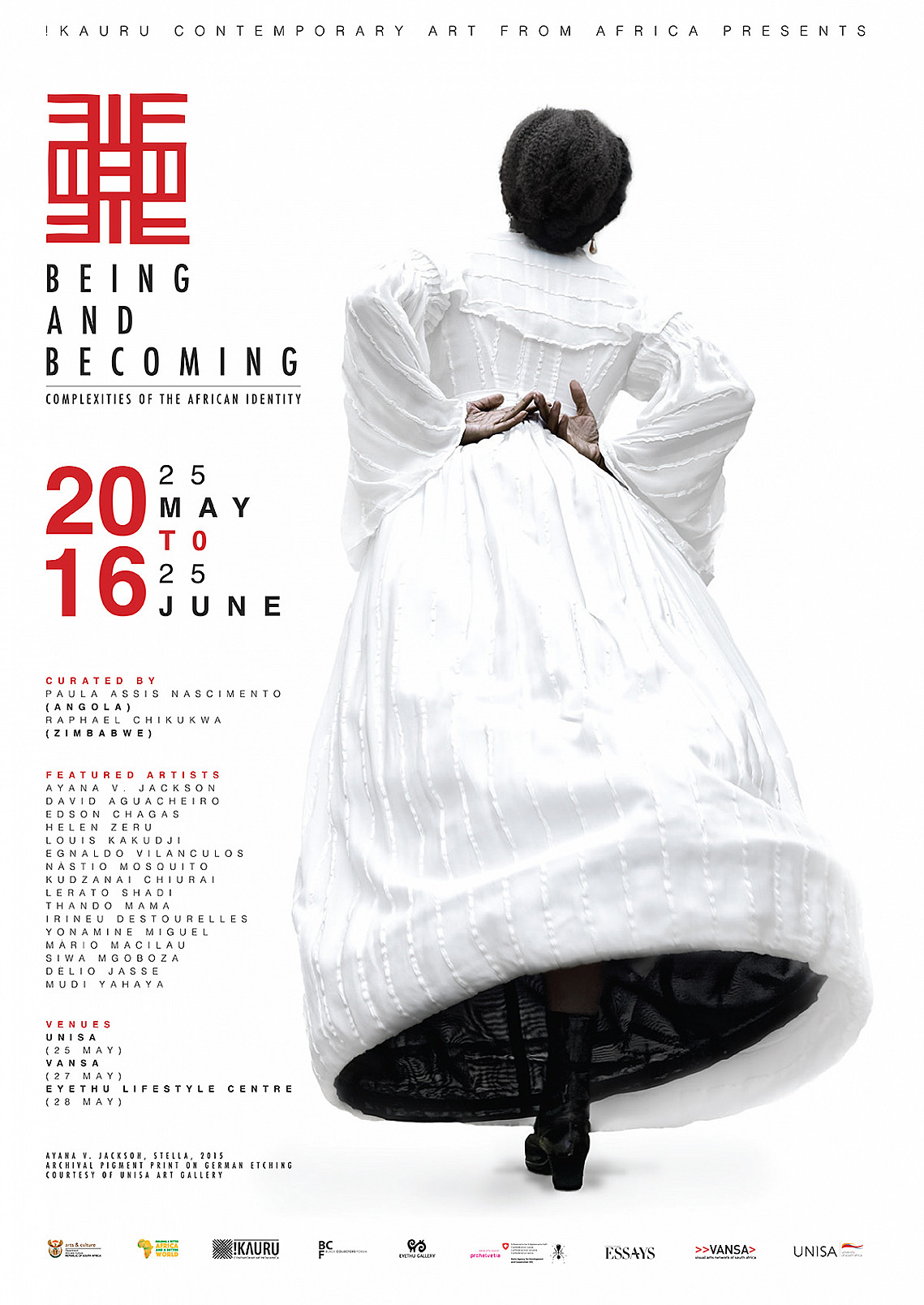 If the only constant is change and becoming, how do we construct our ever evolving understanding of what it means to be an African?

Our notions of who we are as Africans is constantly being defined and redefined by the West, an African imaginary of possibilities, contradictions and flux. How then does the notion of an African identity change through time and space? How do we see ourselves as Africans in the 21st Century with all the itinerant complexities and layeredness of our particular contexts nationally, continentally and globally? Where do we see ourselves now and where are we going? Are we focusing our lens inward and critically re-evaluating our current situation towards charting our future course?

The !Kauru Contemporary African Art Exhibition Project over the past 4 years has been focused on dialogue around social and economic cohesion, transformation and access within the creative sectors in South Africa but also across the continent to strengthen engagement and build sustained relationships with creatives in countries around the African continent. The theme for the Africa Day exhibition in 2016 builds on last year’s concept of “Towards Intersections”, by advancing the dialogue on contemporary issues in the sphere of creative arts and cultural identities.

BEING AND BECOMING: COMPLEXITIES OF THE AFRICAN IDENTITY presents visual narratives of an African imaginary in video and photographic works which examine the material and conceptual complexities of the African identity through the works of 15 artists from South Africa, Mozambique, Democratic Republic of Congo, Cape Verde, Angola, and Zimbabwe. Curated by Paula Nascimento (Angola) and Raphael Chikukwa (Zimbabwe) in conversation with Bongani Mkhonza (Head Curator, UNISA Gallery, South Africa), and viewed through the lens of identity, race, transcendence, intersectionality, transformation, gender, access, class and so forth.

The focus for this year draws on both the AU Agenda 2063 aspirations and the President’s speech at Parliament at the beginning of 2016, around the notion of a renaissance within the visual arts sector. A number of advancements have been achieved within the sector; however there is need for further growth, for more players to enter the playing field, for further access, resources and development. The central exhibition theme is topical in the public imagination not only in the political realm but also within the creative sectors around the continent in varying degrees and within different contexts. In South Africa these issues have become synonymous with transformation (i.e. race, access, class and gender amongst others). There are parallels and trends within the continent, for instance, issues relating to notions of identity, ethnicity, race, gender inequality that are not being adequately addressed and that reflect on-going dialogue in various regions around the continent.

These issues are however also charged in art practices and cultural productions when it comes to African orientated representations, aesthetics, language, perspectives and institutional regimes. The three invited curators have conceptualised an exhibition featuring African artists whose work interrogates and reflects on various artistic and cultural dimensions of this charged notion of widening access within the arts.

!Kauru Contemporary African Art from Africa Annual Exhibition is initiated by Tshepiso Mohlala in collaboration with the Department of Arts and Culture.